The Competative Nature of Honeysuckle 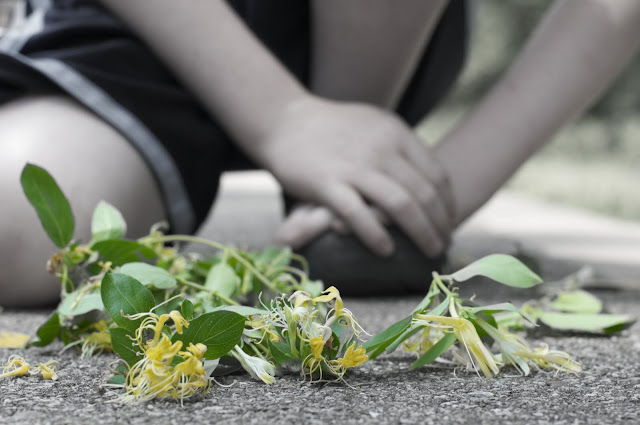 My kids are no different.
Everyday there are passionate debates over who is the fastest, the smartest, the funniest.
As a parent, I try to reign it in and teach them to work as a team.
Somedays are more successful than others.

I was a proud mama when recently, they burst through the door the bearing fistfuls of flowers, pockets full of roly polies and huge smiles on their faces after an afternoon escapade at the creek by our house.
Teamwork, I thought.
They are finally getting it. 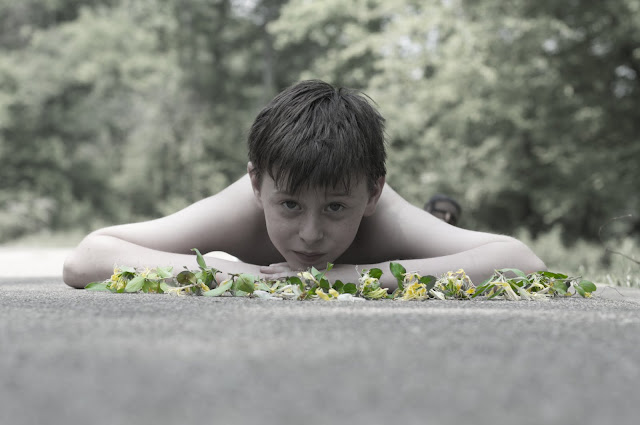 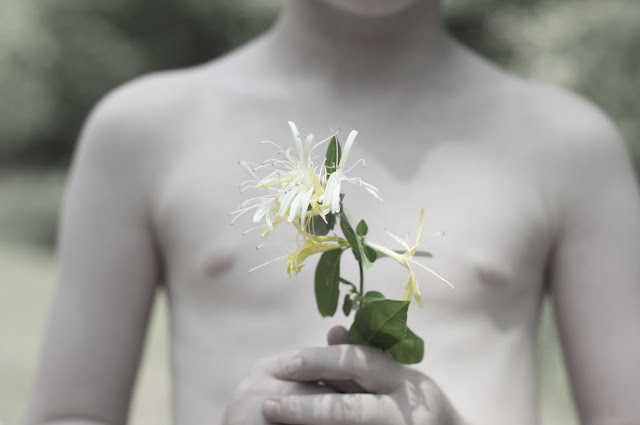 With the exuberance found only in someone who claims single digits in their age my boys grabbed my hands and eagerly led me to the creek.
Tripping over their feet and skinning their little knees, each was determined to be the first to show me their newest discovery: Honeysuckle.
"We are a team, guys! It doesn't matter who gets there first." I counseled.
This ultimately fell on deaf ears.
It was impossible not to find their excitement contagious and so as we headed out the front door I snatched my camera to document the adventure. 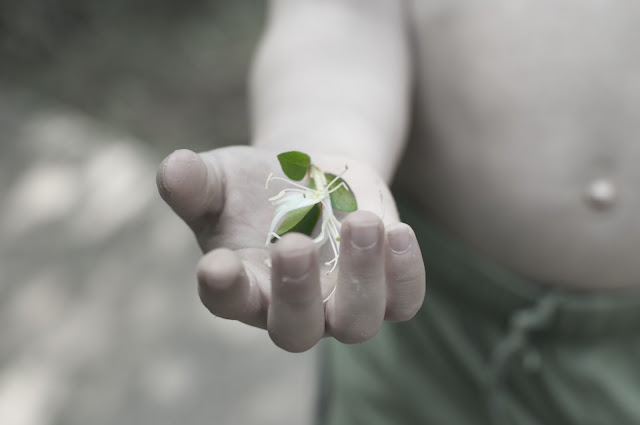 First they showed me what is was and where to find it.
Everywhere, apparently.
Then they had an intense discussion over the best place to get it, and convinced me that the vines highest up held the most succulent flowers.
I was handed a pair of painfully dull scissors and given 3 differing sets of detailed directions on the best way with which to procure it.
Attempting to further teach the benefits of teamwork, I took one helpful tip from each of them.
I explained to them how by working together with many ideas and teasing out the best ones, we, as a team, could create a better, more efficient outcome.
The oldest pointed out that we'd already have the honeysuckle by now if I hadn't held everything up with a lecture. 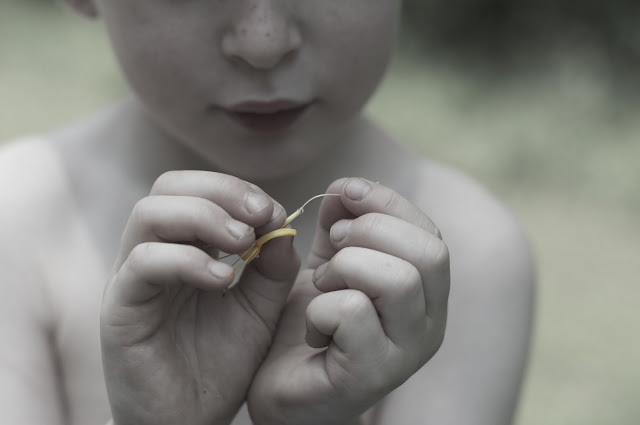 Next they carefully demonstrated how you break off the bottom tip of the flower and carefully pull out the stamen.
A delicate touch is imperative to coax the tiny bead of sweet nectar that is released.
On this technique, everyone was in agreement. 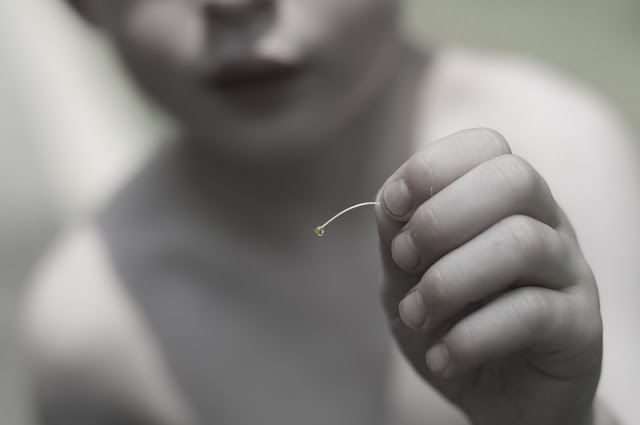 They gathered as much as they could, argued over who had the most and whose was the sweetest.
J. had the biggest pile.
A. had the most flowers.
N. had the scissors.
After that was sorted out, they settled in amongst their piles with their little fingers diligently working.
Sucking away.
Feverishly.

J helped N with the scissors.
A gave J some of his flowers.
N surreptitiously pilfered loot from my stash. 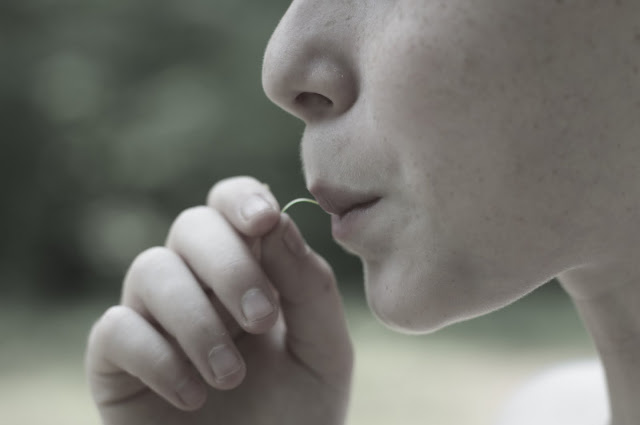 We all agreed it was well worth the effort. 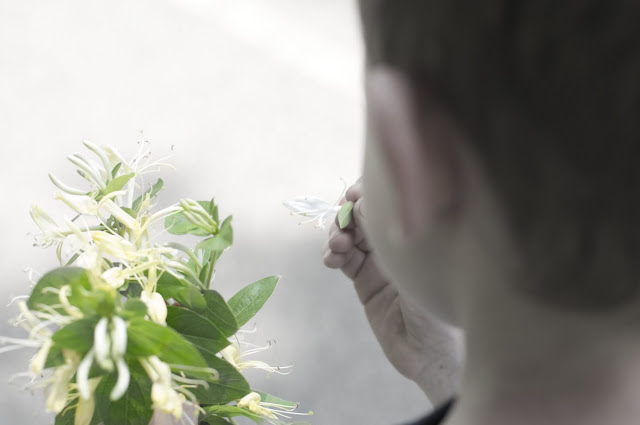 And I am not the only who thinks this.
Last night my husband, N, and I went to Hot and Hot Fish Club in Birmingham where they had a Honeysuckle Martini on the menu.
Nectar of the Gods is what it really was.
Afterwards I had dreams about it.
A testament to the amazing creativity and talent of Chris Hastings and his team.

I snapped some photos and posted them  here  and here .

I have no intention of recreating that luscious libation at home.
Some things are better left as memories.
But I do intend to tag along with my boys and seek out honeysuckle when it's growing nearby.
I figure now that we have a game plan this team is invincible.
Posted by Unknown at 12:51 PM