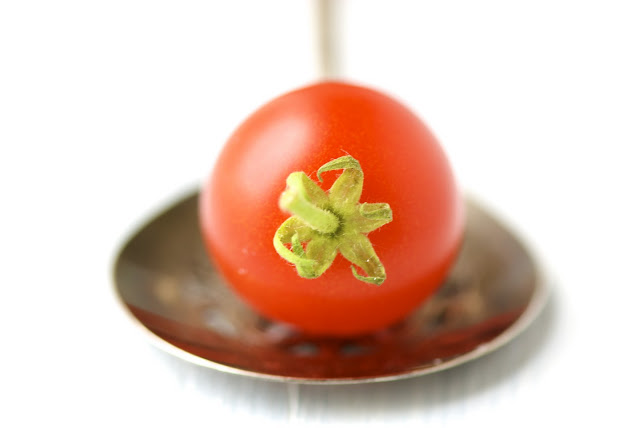 Last summer this cherry tomato was plucked by my little 4 year old, N, from my even littler garden.

When I look at this little gem, I reminded of how sweet and juicy these little treasures are.
Warmed from the sun, these guys are truly fast food.
Posted by Unknown at 11:01 PM 2 comments:

I have always loved photography.

A few years after I graduated from college I found myself living (in sin) in Boston with a man, N, who would two years later become my husband...and father of our five children.
Which I'm sure never ever crossed his mind.
The five that is, not the marriage.

Although we were both working, I found that I had a lot more free time on my hands than I knew what to do with.
Window shopping can only carry you so far.

So N suggested I find a hobby.
And I did.
I signed up for an adult education class (get your mind out of the gutter) on 'How to take better pictures' and showed up at a high school classroom in Brookline; me with my little point-and-shoot and twenty others with their impressive looking SLRs.
Had I read the full description of the class I would have seen...with your manual camera.
Oh well, live and learn.
So N and I worked a few extra shifts and I bought my first SLR. 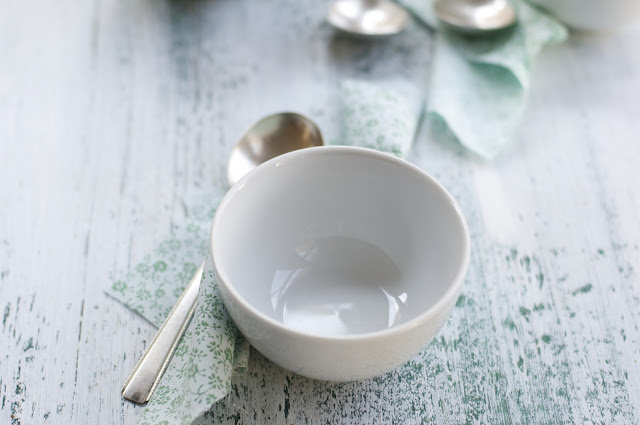 Boston was a pivotal point in my life. It was the first real city I ever lived in.  And it was the first time I actively sought out my creative side. After my initiation into the world of photography I went on to take composition classes and eventually found my love.
The darkroom.

I shot, developed and printed my own film for many years. It was my place of comfort and solace. I could spend hours down in my basement printing.
And it never got old.
Every time I'd place that seemingly blank piece of resin paper in the developer bath I was amazed by the image that would eventually appear.
It. was. magical.

But it was also time consuming. So when we moved to Alabama (and had two more children) I realized I wouldn't have the time I needed to dedicate to this passion. I was no longer photographing my children, my life.
And I missed it.
So I (begrudgingly) went digital.
And it was a beautiful thing to do. 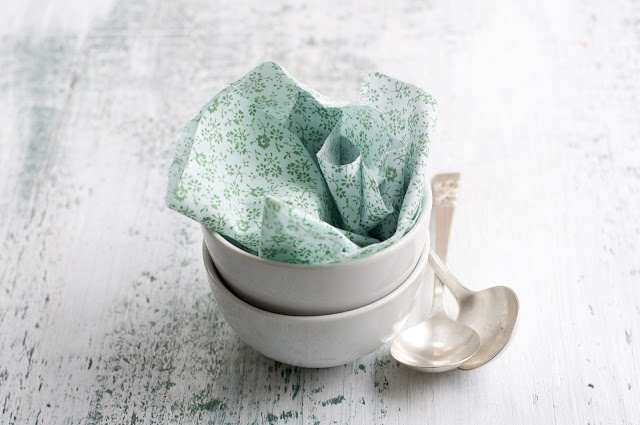 Once I had taken that seemingly canyonesque leap a whole new world open up before me.
I rediscovered my passion, not for film, but for life.

These days I am rarely without camera in hand, and my learning curve has increased exponentially.
It has also inspired me to try other new things.
Like cooking.
I suppose this obvious.

Which leads me to the point of all of this which is fennel.
Yes, fennel.
Surprised?
Well, I am too.
But not really.
I want keep things interesting, and when I found fennel I found a long lost soul mate. It wasn't a comfort I had growing up, but after using it in this soup I knew it would become a family member alongside our good friends Mr. Carrot, and the lovely Ms. Broccoli.
It looks like muppet and smells like licorice.
Really...what's not to love.
My kids would vehemently disagree.
(They also protest brushing their teeth) 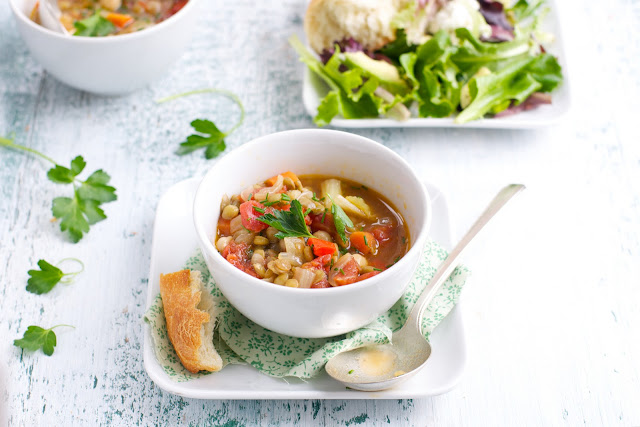 For inspiration, I was perusing Frank Stitt's cookbook : Bottega Favorita and happened upon his recipe for Lentil-Chickpea Soup.
Frank Stitt grew up in Cullman, Alabama and has brought prestige to the South in Birmingham with his restaurants: Highlands, Chez Fon-Fon, and Bottega.
Consistently nominated for the James Beard award, this gentleman has a gift.
Which is why I was reading his cookbook.
Cover to cover.
So thank you, Mr Stitt, for introducing me to fennel.
This soup is knock-your-socks-off, out of this world.

Saute garlic in olive oil until brown. Add onion and saute until translucent. Season with salt and pepper. Add parsley and coriander. Then add fennel, carrots and celery. After about 5 minutes add lentils, chickpeas , tomatoes and stock.
Simmer, partially covered for about an hour.
Posted by Unknown at 11:59 PM 2 comments:

I make this simple little salad a lot beacause
a) I can always find someone to help me: 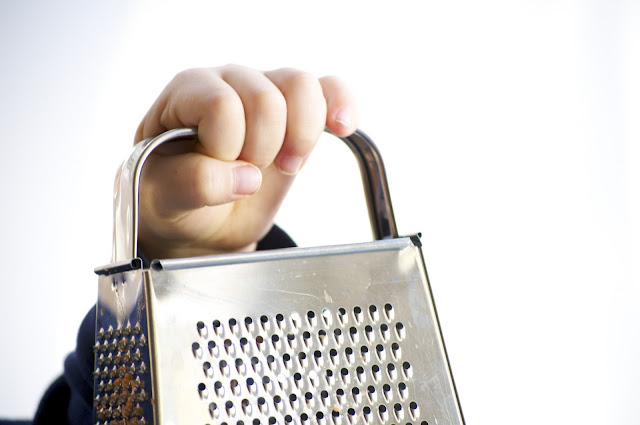 and
2) it looks pretty in my bowls 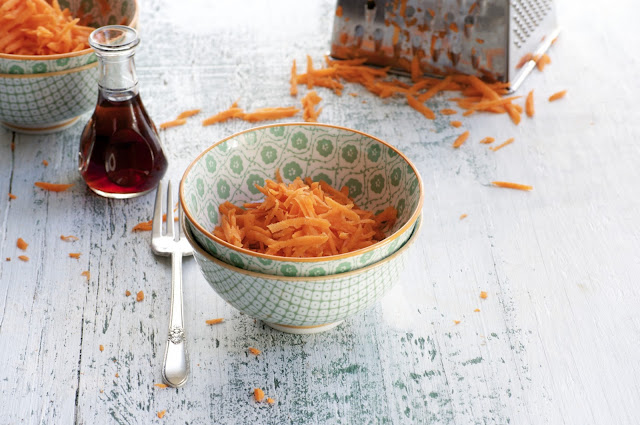 Shredded Carrot Salad
Better get a pen and paper and write this down because it's kind of complicated:

carrots - I start with 10, but usually find myself getting up halfway through dinner to make some more
red wine vinegar- balsamic is great too when your feeling really fancy.
salt- sea salt. Real salt from the sea. {if you have a dark blue cylinder shaped canister with a cute little girl holding a yellow umbrella pictured on it and the words: iodized salt written somewhere on the label,  I strongly suggested relocating it to the medicine cabinet where it can be mixed with warm water and used to heal canker sores. As cute as she is, she just doesn't make food taste all that great.}

Start by shredding the carrots (which I usually peel) drizzle with vinegar.
Salt to taste.