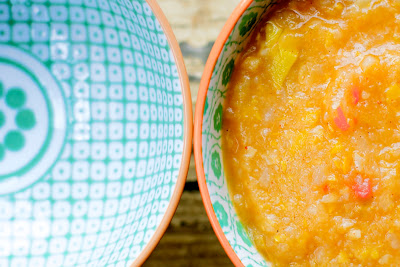 My very good friend,Tasia is an amazing cook. (come to think of it, all of my closest friends can cook...convenient, no?). Whenever someone asks her for a recipe, she shakes her head, smiles and tells them ,"Oh, I don't know..." Once at a Sunday Supper she hosted, someone asked her several times for her recipe for this wonderful noodle dish she served. She ended up pulling out a bunch cookbooks, flipping to 4 different recipes and telling us she "sorta followed these". I felt a smile spread across my face. I get it! I thought. Cooking is not about following recipes. It's about experimenting with new ingredients, new combinations, or both. It's about using what's available. It's about not being afraid of bombing...or succeeding for that matter. 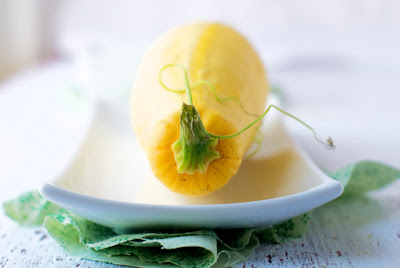 Ever since then I stopped following recipes when I cook. Instead I use them as a source of inspiration.  I read LOTS of food blogs and get so excited when I see something that I wouldn't have normally paired together. This soup is an example of that. I had been intrigued by this recipe from 101cookbooks back in July and now I found my opportunity to experiment. This soup is a loose translation, I simply went with what I had on hand. 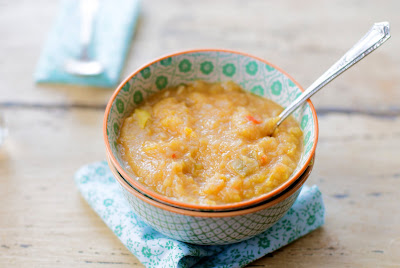 I like this soup thick. I'll eat it with some crunchy french bread, or throw some cooked quinoa in it. I might even have it with a fried egg on top! That may sound like a bomb to some, but to me, that's a yummy success!

Cut up the vegetables and saute in olive oil until soft.
Add chicken stock and bring to boil.
Puree.